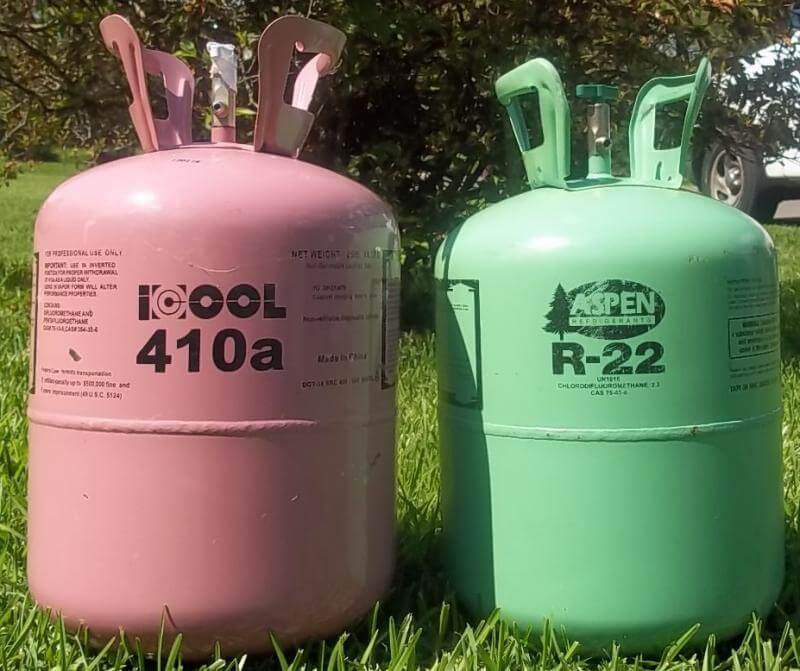 It has been awhile since legislative action was taken to phaseout the R-22 Refrigerant, also known as Freon. Although the bill was passed years ago with minor restrictions taking place since then, the biggest piece of change is right around the corner. Starting January 1, 2020, all production, importation, and installments of R-22 will become illegal throughout the entire United States. If you are a homeowner, especially of a home with an older AC unit, it’s important that you understand how this could potentially affect you.

A Timeline of the R-22 Freon Phaseout

To understand how the R-22 phaseout came into play for homeowners, we have to rewind all the way back to 2010. A piece of legislation titled “The Montreal Protocol” required that the United States reduce its consumption of R-22 by 75% and stated that manufacturers may only produce R-22 for existing units that still utilized it. The reason this protocol came into existence is because R-22, also known as Chlorodifluoromethane, is a colorless gas that is categorized as a hydrochlorofluorocarbon, which destroy our planet’s ozone layer. Since the creation of The Montreal Protocol, the US Environmental Protection Agency (EPA) has been cracking down on manufacturers and to reduce the production and importation of R-22 until they could hit a 99.5% reduction rate by the year 2020. With just over four months to go until January 1, 2020, this means that R-22 is officially coming to an end.

How Does The R-22 Phaseout Affect Homeowners?

Depending on how old your AC unit is, this change could have little to no effect on you or it could cause some serious headaches. Here are some things to consider with the new laws coming into place.

If you had an air conditioning unit installed or replaced within the past 5-10 years, then chances are you won’t have to worry about a thing as far as R-22 goes. Almost every single main brand manufacturer throughout the world has transitioned to using the new, widely accepted R-410A refrigerant.

If your AC unit was installed before 2010, it probably still uses R-22 refrigerant to operate. To see how old your air conditioner is, check out the serial number. Typically, the first four digits are the year and week or week and year your unit was made. If you see a date before 2010, then there are a couple of routes you can take.

Use R-22 until expiration of supply

Although R-22 will be banned entirely from production and importation, America still has a backstock supply of R-22 that will be used until it is gone. However, this likely won’t last long. It also will become very expensive to even purchase R-22 as the supply and demand will have a drastic shift.

Unfortunately, this option is dependent on the unit that you have. Some models will be able to retrofit the new refrigerant tanks and some simply will not be able to. If you are interested in knowing if your AC unit is able to have a refrigerant converter installed, give us a call and we can send a technician out to inspect your unit.

Run your AC unit until failure

At one point or another, your current AC unit that still operates off of R-22 is going to break down. Whether it is tomorrow or in two years from now, eventual repair or replacement is inevitable. The issue is that many homeowners around central Iowa will also be trying to maximize the life of their outdated units. There will most likely be many air conditioner unit replacements occurring over the next 1-2 years, and you don’t want to find yourself stuck waiting on an HVAC technician who may not have availability for weeks.

To avoid the potential of finding yourself without an AC unit for an extended period of time, we recommend swapping out your AC unit for an updated model that operates using R-410A coolant. The investment of a new system before 2020 comes around will save you an exponential amount of stress and money from the situations that can arise after the R-22 phaseout. If you are hesitant to invest in a new AC unit for your home because of the cost, don’t worry. Wyckoff has you covered with financing options to help the families of hard-working Iowans fit this cost in their budget.

Schedule an Appointment to Update Your AC Unit

Although the R-22 phaseout will greatly reduce HCFCs on a global level, the change of law on January 1, 2020 is going to cause homeowners and businesses to act quickly. Stay ahead of the changes by scheduling an air conditioner replacement for your home or business today. If you have any questions about the final stages of the R-22 phaseout, feel free to call our office for clarification. We look forward to helping you!